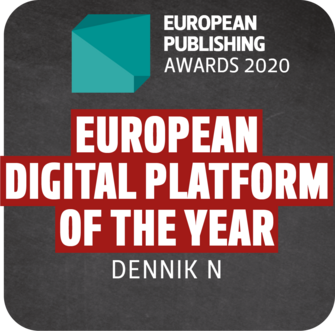 We developed a set of open-source tools to help publishers understand and monetize their audience better, market their content and sell their services. We’ve tested the software on our website, the websites of our two partners, and released it as an open-source, allowing any other publisher to use it for free and contribute with their own improvements.

The story of our newspaper and software

We built REMP subscriptions software for ourselves and it helped us become profitable within 3 years of our newspaper launch. Dozens of other publishers around the world are now using REMP to increase their user revenue.

Major releases that introduce retention and churn analytics to REMP CRM. Publishers can now use REMP to gain insights into the behaviour of users and their churn rates based on different criteria and visualize differences between various groups of users.

CRM version 1.0 was released - the CRM for subscriptions is now fully ready to be deployed on any site. New features include brand new eshop allowing you to sell physical or electronic goods and extended support for connecting CRM to other legacy systems via APIs The analytics module Beam now offers detailed overview of how readers are finding your articles plus dozens of smaller improvements.

Segmentation module, advanced analytics for live web site traffic (REMP Beam) and a/b testing module are now finished and ready to use. Lot of smaller improvements to other modules deployed as well.

A new major release of REMP is out. It brings major improvements in email marketing and on-site marketing capabilities, introduces A/B testing to both Campaign and Mailer and first analytics features are included in Beam.

The main new features include

Personalized banners – Choose the right segment, design the message to customers and personalize it for each customer (e.g. with their name or info about their subscription).

Banners can now be displayed both as webpage overlay or in-site (in predefined space).

Identify most loyal and least loyal visitors (and target them in campaigns).

A/B test the right place where to lock the article (how long should be the free, promotional part)

More about current capabilities of each tool

Enter your e-mail address and we’ll let you know about new releases.

We are an independent daily newspaper based in Bratislava, Slovakia, founded by former reporters of the biggest Slovak broadsheet daily after it was acquired by a local oligarch. Our focus is on long-form quality journalism and most of our revenue comes from online subscriptions.

We are happy to share the tools we have developed and exchange the know-how with like-minded publishers anywhere in the world.

With kind support of

If you have any questions or just want to say hello, we’ll be glad to hear from you.